In the trade (whichever trade that is) this is known as a teaser. Coming attractions, as it were. 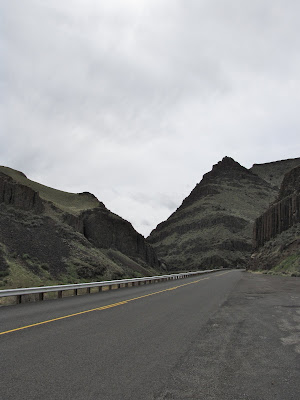 In any event, I just got back from a road trip through far eastern Oregon and the southwestern edge of Idaho. Some thirty cemeteries. It will take me months to up-load them, much less comment on them. 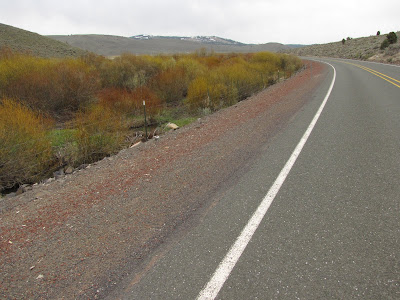 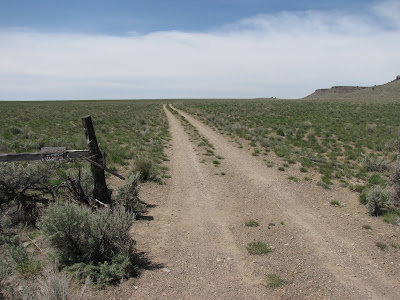 In the meantime, I give you a few road shots from same. Southeastern Oregon is still technically "the frontier" as less than three person per square mile live there. A lot less. As an Idaho friend commented, she lived next to one of the darkest parts of the continental U.S. At night, of course. You get close to feeling you can breath out there. 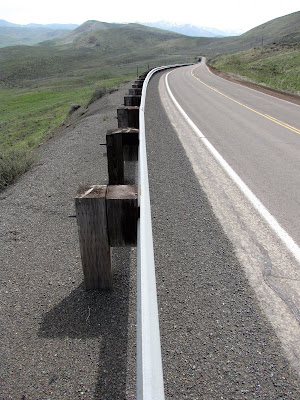 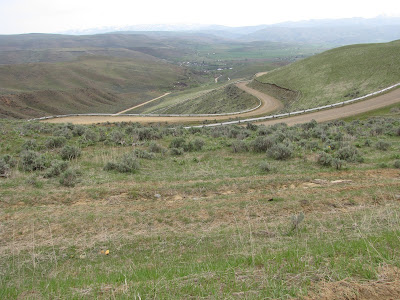 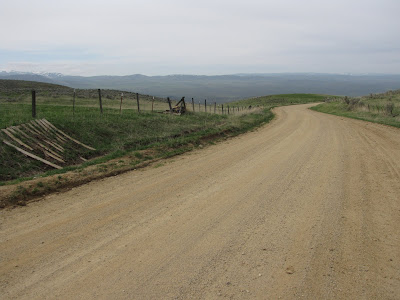 I like to say I'm a Road Scholar (say it fast) and go to Two-Lane University. These are shots of my classrooms. 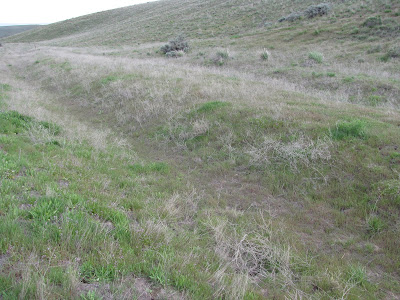 This final shot is of the Oregon Trail. The ruts you see are several feet deep, each large enough to accommodate a wagon. There are two ruts, side-by-each. You wanted to be in one of the lead wagons.
Posted by Unknown at 5:44 PM

Looking forward to the full meal!Your pictures are always great. And I love roads like that,I always want to follow them.We went through Eastern Washington-Oregon some years ago.It is a reminder how big our country really is.

This is great,I am going to Montana soon.I have such a hard time not following those roads that lead off into the horizon.This is our first trip with 4wd.I told the other half he better not take a nap while i', driving..