Highland Cemetery (Elgin, OR)
I can remember it clear as day, now fifty years later. I could see what my semester grade was: 68. I was looking down at the grade book lying open on his desk: not passing. I’m sure even 68 was generous. I was a flake. I did no studying. I could have cared less about Latin.

Mr. Johnson looked up at me. He was old, he had a shock of white hair, and he was kind. He smiled at me. He didn’t want me in his class again, either. He gave me a D.

Take that for what you will. I’m sure Mr. Johnson smiles down on me, yet, from his place in the firmament, bemused that I should publish a glossary and pretend to any competence.

I have limited the glossary, for the most part, to terms directly associated with the cemetery, eschewing funerals, religious services, embalming practices, and the like. Even so, I imagine there are any number of specialized terms I ignored or of which I am ignorant. Please be so kind as to fill in the gaps. I harbor no pretense to erudition or expertise and accept amendments cheerfully.

Were I to leave you with but one word, it would be eschatology. That’s the name of the field.

May I have a word with you? 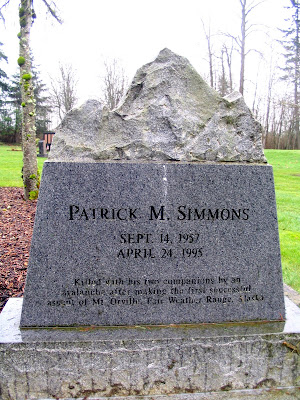 What a great reference. Thanks!

I'm impressed! This must have taken some time. Thank you for posting it, it's wonderful.

Thanks, folks. I did it a while back intended for a guide to cemeteries, which never materialized, and I only just thought of posting it. Seemed like a good idea.

Thank you so much for this information.

It certainly is helping me in all my endeavors.

Hi
I believe in addition to all of these terms, there is a word that describes a cemetery that is either closed, full, or no longer used. As such, it is called a "????" Cemetery, and people are no longer buried there!
I was wondering if you knew what the correct term was for this?
Regards Brett

Hi
In addition to all of these terms, I believe there is a correct term to describe a cemetery that is either no longer used, closed, or full. As such, it is called a "????" Cemetery and people are not buried there anymore.
Do you know what this term is?
Regards Brett

it was worthreading
...
it took a lot effort..

Thanks for making it easy For us