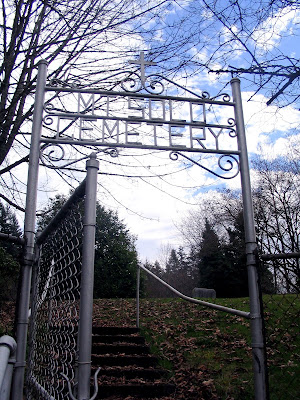 Mt. Solo Cemetery
One of the great mysteries of the world is how does one find graveyards? It’s not as easy as one would think. There is no master list of graveyards. Here in Oregon we have a magnificent tome, Oregon Burial Site Guide, by Dean Byrd, et al, that lists thousands of such gravesites, even if they can no longer be found, often with directions limited to section-and-range numbers. Nothing like tramping around someone's back forty: “Don’t mind me; I’m just looking for a cemetery,” you shout with a friendly wave.

On a national scale, the United States Geological Survey (USGS) maintains a list of geographical features, including cemeteries, for every place in the Union. At their Web site there is a form for searching that database, where you can look for all the cemeteries in a given county.

Or, more accurately put, all the cemeteries in the USGS database for any given county; and that is by no means all the cemeteries for any given county. From where the USGS gets its data is somewhat of a mystery, as well, although most of the Oregon data originally comes from an Oregon Department of Transportation (ODOT) study from 1978 by the aforementioned Dean Byrd (which led him to do his subsequent volume). Regardless of from where the USGS data comes, it’s woefully inadequate, more so in some places than others, but always with both significant and minor cemeteries being ignored. In other words, it’s a good place to start, but it’s never wise to leave it at that.

Furthermore, you can count on the accompanying maps never being correct. Cemeteries are almost invariably not where the little pointer says they should be. Sometimes one can actually see where the cemetery is from the aerial photos, but often as not one has no clue. 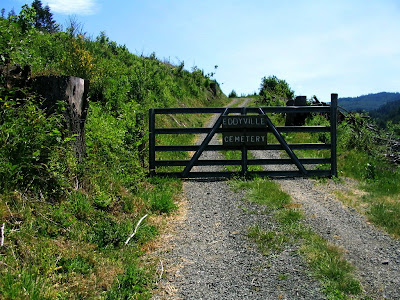 Eddyville Cemetery
That being said, I no longer use the USGS site, finding the ePodunk Web site easier to access and with the identical information; they obviously borrowed the USGS database lock, stock, and barrel. But the ePodunk maps are no more accurate than those of the USGS (well, how could they be, if the USGS is their data source?). I will often open Google Maps to the same location as the cemetery for which I’m searching, as printing their maps can be quicker and less wasteful than printing ePodunk pages.

Once you’re into Google Maps, there are other tricks for finding cemeteries. One is to search for roads named “Cemetery Road,” which will turn up lists of roads that include the word “cemetery” within them, such as “Iman Cemetery Road.” There are three cemeteries in Skamania County, WA, for example, that are accessed by roads bearing their names and the word “cemetery,” none of which are listed by the USGS, but all of which show up in a Google Map search.

But Google Maps goes further than that; it also searches tags on all geo-tagged photos in Flickr and displays those results. If, for instance, you were to write the words “cemetery,” “any county,” and “any state” into the query box on the Google Map page and hit “search,” Google would show you every location that someone has photographed, geo-tagged (which means located on a map where the photo was taken), and tagged with the word “cemetery.” Google will search beyond the confines of the county which you specify, but the results will all be from the same general neighborhood. I know that they’re pretty thorough, because when I’ve used it, my photos from Flickr show up. You’ll see how it works when you get there, if you haven’t used the site already. 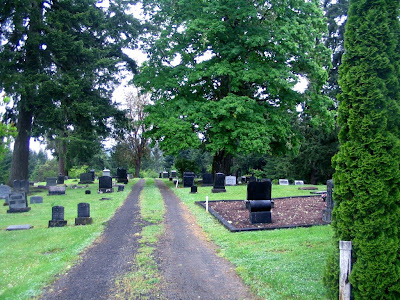 Creswell Pioneer Cemetery
There are other sources. Local history societies and genealogical groups occasionally compile cemetery lists, but they’re highly erratic and rarely have adequate directions. Find a Grave lists a lot of cemeteries, but few of them are mapped, and when I just went and checked the location of three sample cemeteries, all three were incorrectly located. More are photographed to some extend, but not much more. Cemeteries are not, of course, Find a Grave’s priority, so it’s not surprising that information about cemeteries, per se, is lacking. I’ve also run across personal cemetery Web sites that list, perhaps, thousands of cemeteries, but in the end it turns out very few are adequately described, have sufficient directions, or have been photographed. In other words, grandiose claims can lead to disappointing results.

What’s definitely true is that random driving around the countryside may whet one’s appetite for cemeteries, it will never provide a full meal; they’re too well hidden or off the track beaten. Finding them takes sleuthing.

Unless, of course, you live in this part of the Oregon Territory where you can find cemeteries by visiting the site of Dead Man Talking. The whole point of the Flickr site is to make finding the cemetery easy. That and letting you know what to expect once you get there. What a concept. Come wander the stone forest with me. 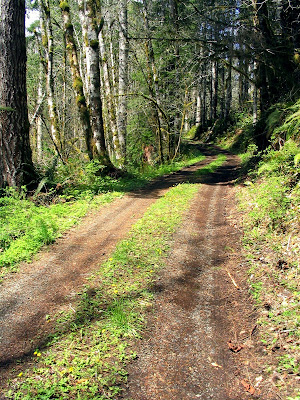 As always, brilliant. I so enjoy reading your blog and the photos are the best around!