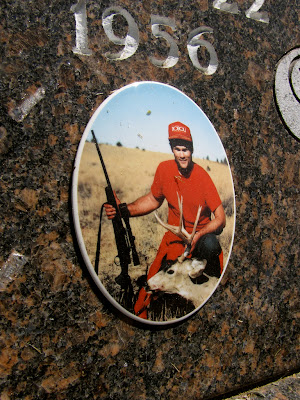 This is the first of a series of posts highlighting a few cemeteries in southwestern Oregon in Jackson and Josephine Counties. In my very brief introduction to the region I wrote: “[The Siskiyous are] a patchwork of agricultural valleys separated by densely forested, rough and tumble mountains and crashing rivers. The climate here is definitely unlike anywhere else in the state, and it's down here that one first smells California. The summer sun and bountiful irrigation have made the agricultural pockets, however small, extraordinarily productive and inviting. Large-scale fruit growers (think Harry & David) have recently been joined by vintners and sustainable farmers and ranchers. Throw in a vibrant regional arts scene and a massive hippie invasion in the 60s and 70s and you have what a lot of people call paradise. Who knows, they may be right.”

The region is also host to some of the most interesting, historic, and entertaining cemeteries in the state, including, arguably, it’s most iconic: Jacksonville. I’d originally considered doing one post to cover the five cemeteries I was featuring, but immediately realized how long a post that would have been and decided to split it into separate entries.

The main reason I decided to do that was, in going to the alphabetical top of my list, Antioch, I realized that it’s story was a post’s worth in itself; hence I’ve reprinted it here in its entirety. The cemetery at Antioch is, in some ways, the least interesting cemetery of the five, but it’s history pushes it onto the list. It doesn’t have the intricate appeal of, say, Jacksonville or Laurel Cemeteries, so I’ve chosen to illustrate this piece with some of the residents of Antioch. They’re ageless. Compare these modern photoceramics with the ones from a hundred years ago.

If you want directions to the cemeteries, you’ll find them at my Flickr site. 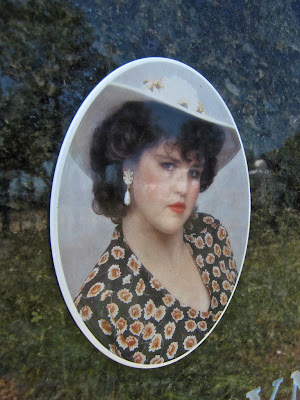 The story of Antioch Cemetery is a window unto the psyche of Jackson County. What happened at Antioch and in the surrounding neighborhood (i.e. White City) put its stamp on the region forever.

With 5500 people, White City is one of the largest urban concentrations in Oregon remaining unincorporated. It’s also been a center for poverty, domestic violence, drug abuse, and related social problems, all because of its curious history which has left it a community in limbo for decades.

White City is a new city dating from 1941 when the Army commandeered 43,000 acres of the Medford Valley for a World War II training facility and built Camp White overnight. Besides training upwards of 100,000 soldiers, the town also housed a major hospital and, for a while, a German P.O.W. camp. Pretty much as soon as the war ended, the Army packed up and disappeared, leaving this sprawling, unincorporated town of thrown-together buildings ripe for people who couldn’t be or weren’t too choosy about aesthetics. White City was born. 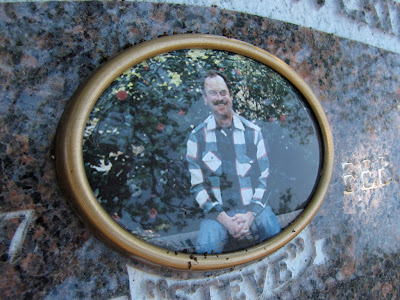 The Antioch Cemetery grounds were part of the lands commandeered by the Army—which in itself would be justification for telling the White City story—but what happened to the cemetery is pretty amazing. The cemetery was located smack-dab in the middle of the gunnery range and was constantly being bombarded by live shells; which, as you can imagine, is not good for tombstones. Or much else, for that matter. But, to the Army’s credit, they mitigated the damage by laying all the tombstones flat and burying them under six feet of sand, where they remained for the duration of the camp; and when they picked up and skeedadled, they took the sand with them and returned the uprights to their proper locations. What a sweet bunch of guys, no?

The lingering effects of Camp White are not restricted to White City, though. Jackson Country remains a bulwark of patriotism to this day, not only because the residents are grateful that the Army once dispensed largess upon them—a form of modern American cargo cult—but, I suspect, because when the Army left, it left behind a certain number of personnel who thought the valley would make a good place to settle down; a thought that may equally have occurred to tens of thousands of other people passing through the camp; some of whom may have come back here to retire. There are great flocks of ex-military birds in the area. 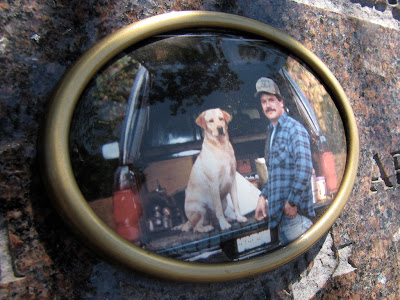 I was told the story of the Army and the sand by a very pleasant grandmother of four who volunteers as a groundskeeper for the cemetery. She jested that she was “a little concerned that [she] might yet run across an unexploded shell.” She did grant, though, there would be economies of efficiency by being blown up in one’s own graveyard.

Whatever it was that spurred the volunteers to recover this fairly sizable cemetery, it’s been working. It’s not immaculate, by any means, and no one’s watering the place, but the grasses are kept at bay and it’s dotted with oaks and laurels and rhodys, et al. It actively being used and is quite lively for a cemetery of its kind. A fair amount to read and a good excuse to while away some time. 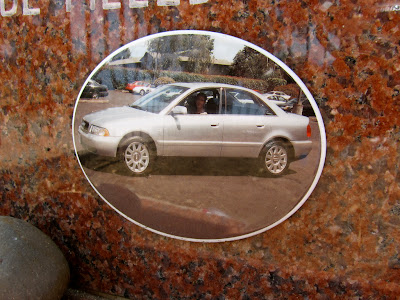