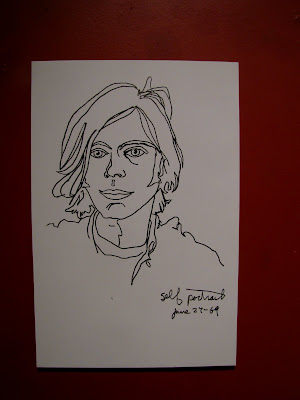 Did you notice how it grew a little colder around the middle of July? Not the air temperature, the world temperature? In the midst of this global warming, a fleeting chill swept the land like ripples of light before an eclipse of the sun. It passed; we went on. But there’s something missing in the landscape. Something that is not there. It was, but is no longer. 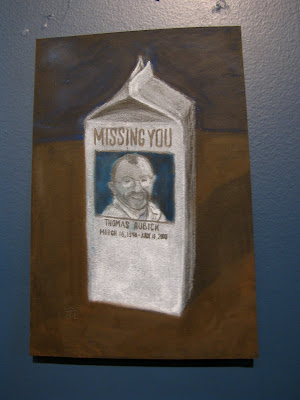 It was not a timely death. Way too young. Way too talented. And way too much left to give to the world. We didn’t even know how much until he was gone. “Hey, wait a minute. We’re not through.” 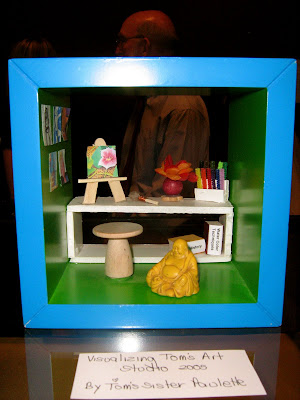 Even though I have a couple gift books inscribed with Thomas’s name, I couldn’t claim closeness with him; that was my wife’s purview. The connection was through his wife, Jeanne, one of my wife’s longest standing friendships. When Jeanne married Thomas, Kay came along as part of the deal (with, to be sure, a host of other friends). The details of Thomas and Jeanne’s life together aren’t germane to this remembrance, but suffice it to say that Jeanne, pursued the long, loping, dashing ad man with a certain determination; and the two of them successfully meshed their existing families. With grandkids dropping in like butterflies and a new retirement studio in the backyard, life was reaching the sublimity one can only hope for.

Then he was gone. Poof, one day there was a seizure, and then little over a year later it was all over. The grandkids have no more Opa and the studio is lonely. Jeanne’s looking at a life she hadn’t imagined. The world begins again.

What happened to Thomas after his death is another matter. As per his wishes, he was cremated and his remains will go to various places dear to him. In lieu of a traditional funeral and burial, a “memorial service” was held, appropriately and tellingly, at a recently defunct art gallery amongst a hastily arranged showing of tributes to him from many of his creative and talented friends. The photos illustrating this post are from that service. 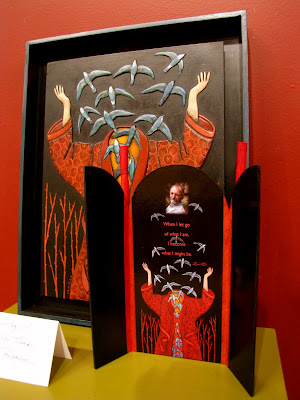 And, at present at least, that’s it. If you’re looking for a memorial marker for Thomas somewhere, you won’t find it. Like most other people cremated, his memory will have to live on in the hearts of his friends, and in Thomas’s fortunate case, the bespoke artwork created for his memorial service, which functions as a fragmented cenotaph scattered into many different homes. Which, I guess, is my rather weak excuse for including this post, which is not much about cemeteries, at all. My plea for cenotaphs. 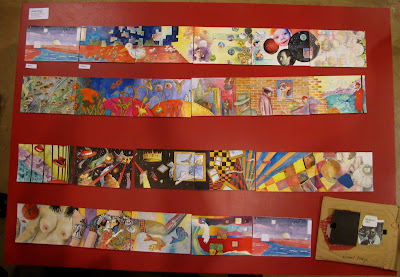 Collaborative work between Thomas and a fellow artist
alternating panels.
As we’re aware, cenotaphs are markers for people whose body is elsewhere. They are not common, but one runs across them now and again. Where one sees them more than at cemeteries, perhaps, is at places like zoos and parks where people sponsor benches or artwork in someone’s name. Offhand, I’m in favor of spreading the cemetery work around, and putting cenotaphs in the unlikeliest of places seems a good idea to me. Maybe someday there’ll be a quirky little stone in a glade at Hendricks Park with Thomas’s name on it. A place where we can go and smile a bit. A place from which we can see children. A good place. 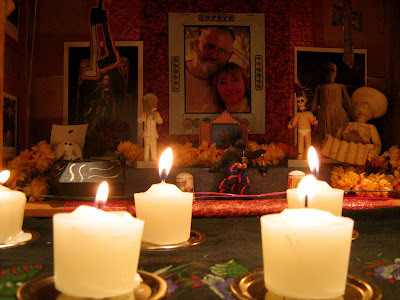 First I extend my condolences on the loss of your friend.And second I whole heartily agree with your plea for cenotaphs.There are many good reasons for cremation but in having experienced the loss of several people who have no"grave" or concrete memorial it seems to me it leaves some kind of void in the grieving process.When you look at the history of humans it seems that almost all cultures have some form of tangible memorial or "place" for their dead.Maybe it is part of being human.I don't know,but I feel it to.Thank you for so eloquently sharing your loss and thoughts with us.