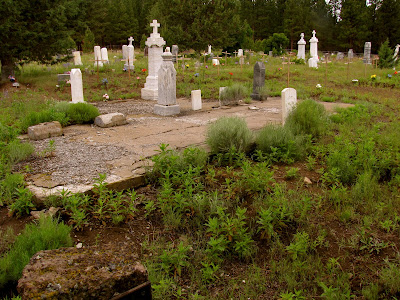 I'd had four Indian cemeteries located prior to my recent "southern swing," from whence this series of cemetery visitations, but two were posted with "no trespassing" signs, which is perfectly understandable, but unfortunate. Photographing Indian cemeteries is a touchy subject; in fact, cemeteries are a touchy subject among some Indians. I can say from personal experience that the matter is so sensitive that some people are unwilling to discuss their funeral/burial practices at all and are angered if one inquires after the subject. It creates a Catch-22 situation of being damned for information one doesn't have yet which at the same time is withheld. 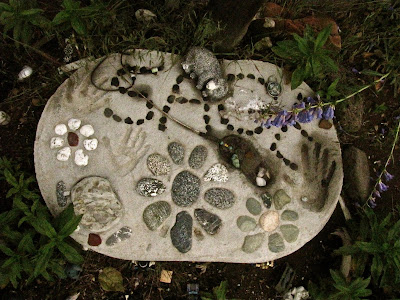 Chief Schonchin Cemetery
The incident to which I allude — old Flickrites will recognize the issue — is unique in my experience. Until running into a buzz-saw of spiteful reaction to asking a tribal historian about Native-American burial practices, I'd never found any ethnic group unwilling to discuss their particular customs. To the contrary, most other cultural informants are glad to give you more information than you could possibly retain or use.

Without boring you with trivia, the bottom line was that, after much huffing and puffing and threatening with law suits (God knows what they'd have done had they known where I lived) and contacting all the other tribes to warn them about me, only folks from the one tribe ever objected. I got one timid letter from the state office of cemetery supervision, trying to placate the natives, but that never amounted to anything either, other than cementing my "odd man out" reputation with them. (I'm the "odd man out" because I actually go to the cemeteries.) 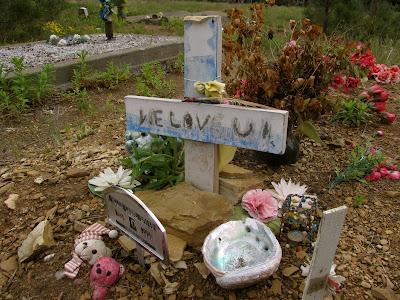 Chief Schonchin Cemetery
I did get one letter from a Native-American living in Arizona who wrote and said that she took the tribe's advice, looked at my photos, and found them pretty nice and that she liked to take pictures in cemeteries, too. So, sensitivity is far from universal, but it exists.

In defense of NAs not wanting the location of their cemeteries publicized, given their long and painful history of having their sacred grave goods stolen or destroyed, I can understand their concerns; but since cemetery locations are posted on the Web, I don't feel I'm violating any trust by more precisely pinpointing them. I would like to assume that grave robbers don't surf the Net for targets; but I'm quite sure my audience of friends wouldn't steal anything from anyone's grave. I know you're a respectful bunch; my eccentricities don't appeal to the morally suspect. 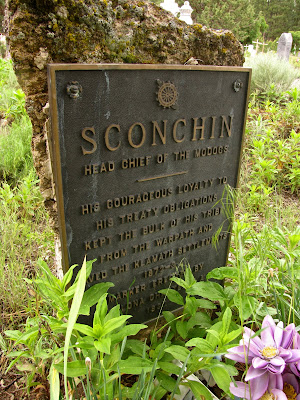 Chief Schonchin Cemetery
The Intro
Chief Schonchin, also called Old Schonchin to distinguish him from his brother, Schonchin John, was the titular chief of the Modocs during their war with the U.S. in 1872-73 (there was some debate as to his legitimacy). Unlike John, the Chief didn’t participate in the post-treaty part of the war, and has hence been a favorite of the Americans ever since. This is Klamath Indian country and they were historical enemies of the Modocs (Chief Schonchin was born at Tule Lake, CA), but the two tribes were pushed together after the war, as often happened.

Aside from the memorial for Chief Schonchin, two other participants in the war are honored here with plaques. I didn’t see headstones for either Schonchin or the others, so they could be buried elsewhere, but there’s an implication they’re laid to rest here. The other two were a couple that went as interpreters to a famous council meeting between the Modocs and representatives from the U.S. government. Supposedly an unarmed meeting between the two sides, the Modocs came armed and ambushed the council party, killing a number of them, though sparing the interpreters; probably because the woman in the couple was a Modoc herself. In any event, that couple, Frank Riddle and his wife, Winema, are honored today in this three-plus acre cemetery under the ponderosas at the edge of a meadow. A cluster of pines greets the visitor at the cemetery gate.

You might note that the plaques for Schonchin and Winema were erected by the D.A.R. in 1932, while Frank Riddle wasn’t so honored until 1985, and that by the Klamath County Historical Society. (There’s a story there somewhere.)

This would be typical of Indian cemeteries on the dry side of the state, but there’s much more effort made here to keep order in the place than is normally the case. I have no idea who maintains it. 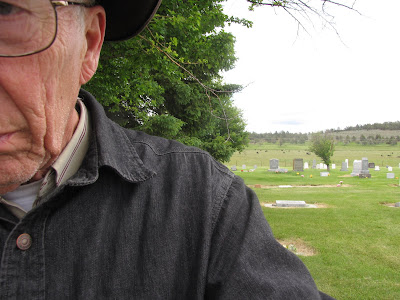