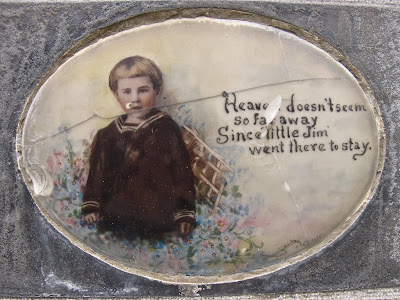 Pilot Butte Cemetery
I am stalked by death. Many a morning I wake with a tight cold sweat and a taste of steel in my mouth. I feel the suspension of time that says a crisis is at hand. I am fine. Around me is death. Around me is a cancer eating at my friends and family. Around me people are waiting for the birth of a new child. Around me walk proud young women with newly extended bellies. A friend’s wife is told, “You have to decide on a place for him. A bed. A couch. Soon you will be unable to move him.” The doctor says months. The wife says no, sooner. He has seen the people he will see. I am on the long list. I have seen him for the last time. 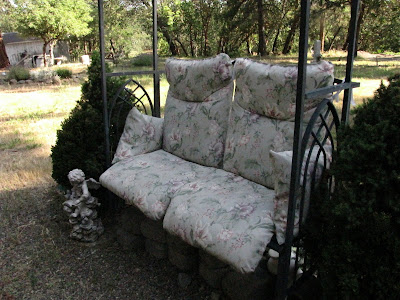 Jacksonville Cemetery
Where do you go when you’re no longer here? Is there morning there? 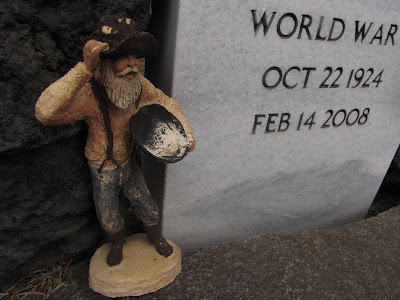 Chief Schonchin Cemetery
The Siskiyous
The Siskiyous are a jumbled mess of mountains straddling the Oregon-California border. They are what happens to the Cascades as they dribble out in their southern reaches. What distinguishes them from the Cascades is hard to say other than that they spread out into rugged terrain that for a time held one of the fiercest pockets of Indian resistance to the white invasion: the Modoc Indian War. Out here “Indian Fighter” on a tombstone is a not fanciful sobriquet, and the Modocs took down their share of soldiers. Gold strikes were common in these parts and camp town sprang up and disappeared overnight (cf. the introduction to Golden Cemetery on DeadManTalking, when it shows up). Life was as rough and tumble as the mountains. 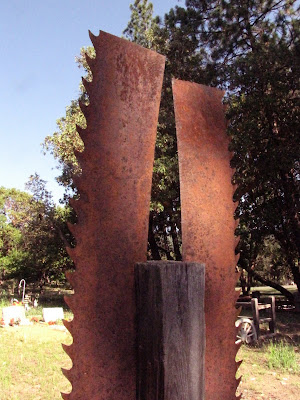 Jacksonville Cemetery
Today the region is dotted with agricultural valleys separated by precipitous hills. Outside of the valleys it is sparsely populated, but the valleys hold concentrations of people that allow for quasi-independent development, and each city is the Mecca for its own micro-world. In the early days of white settlement Jacksonville was the center of travel and commerce and its cemetery reflects that former glory; it is one of Oregon’s great pioneer cemeteries and worth a trip to the restored town for it alone. Since those days, Medford, Grants Pass, Ashland, and Klamath Falls have run the show. Famous for fruit trees (Harry & David are from Medford), the region has long been a magnet for migrant workers who provide a vibrant addition to the cultural landscape. (Thanks to them, I can attest that you can find an excellent taco in Merrill among the braceros and the teenage girls in their skin-tight Levis.)

In 1941 the Army built a training camp, White City, north of Medford, which left its stamp on the character of the region, even though it was abandoned by the Army after the war. Nonetheless, the region prides itself on its conservative bent and the road signs for Klamath County (I believe) read “We support veterans.” (Let it be known that other parts of Oregon do support veterans, as well.) One legacy of White City is the nearby Eagle Point National Cemetery, which began in 1952 and has bucolic views over the neighboring farm land stretching off to deep-clad mountains. 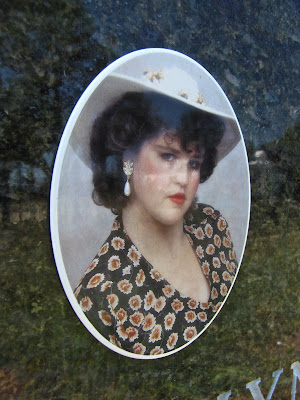 Antioch Cemetery
Another nearby cemetery, Pankey Cemetery, had a curious involvement with White City. It was located in the middle of the gunnery practice range, not an ideal situation for tombstones; but the Army, bless its heart, sympathetic to the descendants of people buried in Pankey, prior to bombing the bejeezus out of the place, laid all the tombstones flat and covered them with six feet of sand. When they were done, they sucked up all the sand and tilted the stones upright again; although a volunteer caretaker confessed to me that she had a slight concern in the back of her mind that one day she’ll run across a live round left over from those times and meet her demise in that very spot. A short trip, she figured, provided they find the pieces. 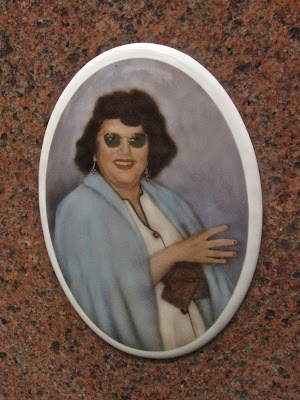 Chief Schonchin Cemetery
Thanks to Southern Oregon University in Ashland along with a regional Shakespeare company, the region has also long been a draw for a more lettered and artistic class, which was joined in the 1960s and 70s by a wave of hippie immigrants who brought their own indelible style with them. More recently wine makers and organic, sustainable farmers and ranchers have begun to transform the region’s agriculture and, frankly, cultural life, as well. It’s a heady mix in an area where at least one town (Grants Pass) boasts a banner across its main street proclaiming: “It’s the climate.” 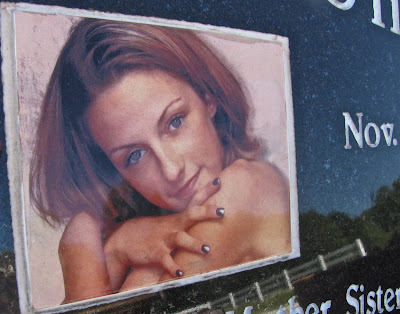 Woodville Cemetery
Scenery’s not bad, either. 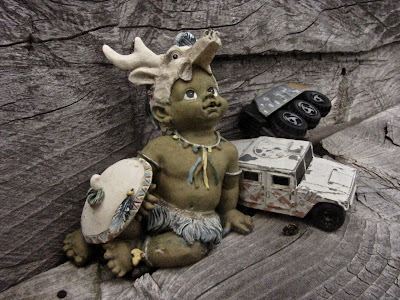 Chief Schonchin Cemetery
Nearly half the photos I brought back, though, are not from the Siskiyous but are distributed between central and south-central Oregon. I’d located four Native-American cemeteries before I departed, none in the Siskiyous. I found the four, but two were adorned with “no trespassing” signs, so there you have it.

I had hoped in this swing through Oregon’s high, dry farm and orchard lands that I would find quintessential Mexican grave sites, but alas, I was disappointed. Still, the best collection of Mexican graves in the state are in the Hilltop Cemetery outside Independence, in the heart of the Willamette Valley. Yet the proliferation of taquerias and taco wagons almost made up for the lack of colorful headstones. Aside from the outstanding tacos from the Merrill taqueria, I had serviceable ones from stands at the Deschutes River Crossing in Warm Springs and at the intersection in Wolf Creek, of all places. I never did find the Wolf Creek Cemetery, but a stop at the fire station directed me to the unmarked cemetery at Golden. 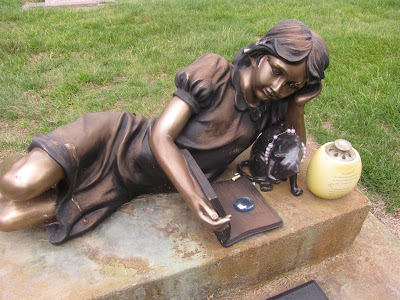 Pilot Butte Cemetery
All in all a successful trip, rich with photos. And aside from getting snowed off Hart Mountain on the Solstice (where the mosquitoes were pestiferous), the weather cooperated just fine. 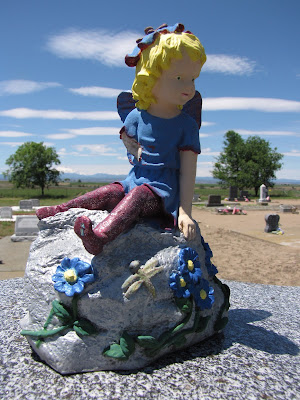 Have been looking forward to your post.Great pictures and words as always.Your part of the country seems to have the more interesting,individualistic, headstones than just about anywhere.Thank you for sharing them.

Thanks, db8. We may be a little daft out here. Too far from civilization.

I totally agree. It's in a class by itself.