Angels We Have Heard While High 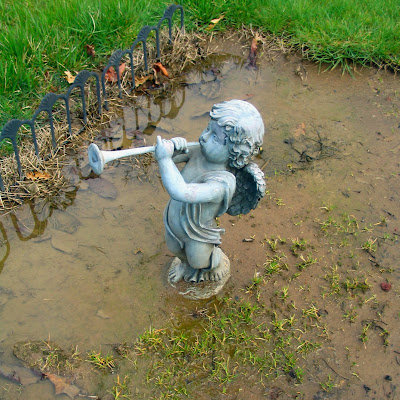 Little help here; I’m out of my element. 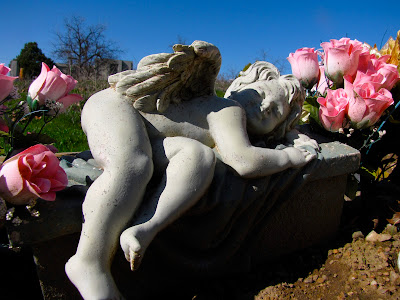 I know what angels are; they’re ghostly figures with wings that young girls believe in. They ride unicorns, I think (the angels, not the young girls). Over rainbows. I think they’re either obtuse (which means “dumb” or, possibly, “fat”) or acute (which all young boys hope they are). I think they’re supposed to hang around to keep your cotton candy from getting dusty on the midway. Or slip some money into your pocket. Everyone need an angel. 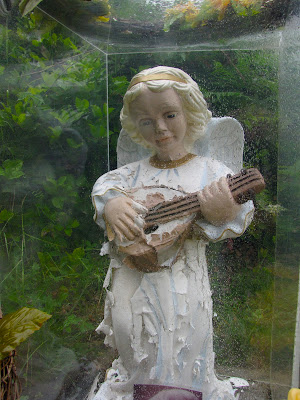 Dead people especially. Except, of course, those who already are angels. As in, “She’s an angel.” 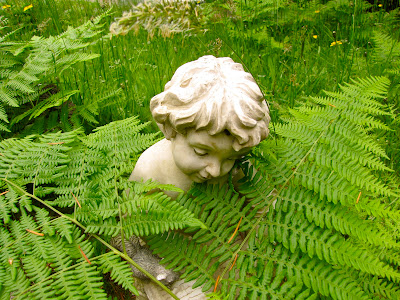 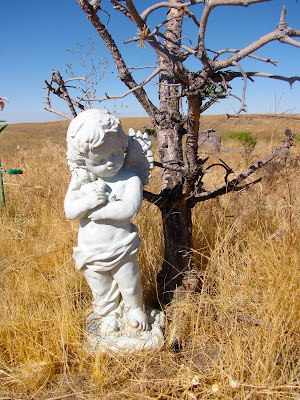 I do know that angels are wont to hang around cemeteries—although you’d think, with the people being dead already that they wouldn’t need so much protecting—nonetheless, angels show up in cemeteries with regularity. In fact, it’s a poor cemetery that doesn’t harbor one or two. 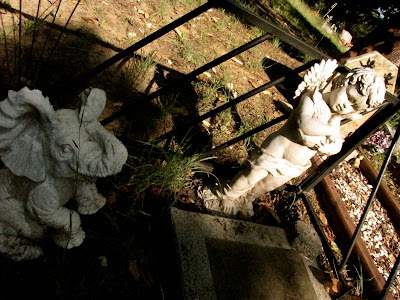 My experience is they’re polite and are happy to pose (the angels, but, I suppose, the cemeteries, too). They can stay remarkably still. Much better than killdeer. 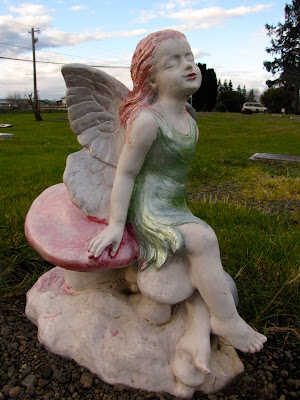 I did try to find out about them at Wikipedia, as the ones I ran across were reticent to talk much. They’re shy, if inert. I would say “taciturn,” but I’m not sure you can be taciturn and acute at the same time. Wikipedia was less than helpful. Once the debate got around to how many could sit on the head of a pin, I knew I was lost. As far as I can tell, religion is like cricket: you have to be brought up with the game if you’re ever going to understand the rules and the nuances. All I understand is the tea break. I certainly don’t understand angels. 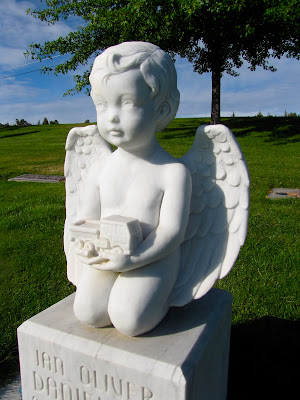 But because they’re acute, I thought I give you some of their best shots. I wish I could give you their names, but they demurred. 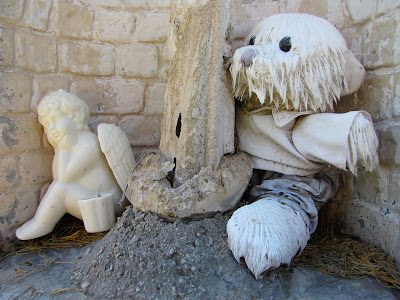