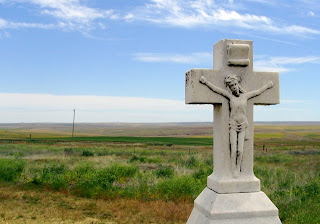 IOOF Cemetery, Grass Valley, OR
I’ll confess, it was the name “Graveyard Rabbit” which drew me in. That and Judy Shurer’s kind invitation. I’ve always called myself a cemetery dog and perhaps I’m still that. An old dog that doesn’t mind trailing a rabbit or two. Just for fun, you know. I mean them no harm.

That being said, hello to all of you from the capital of the Kingdom of the Willamette in the incomparable Oregon Territory.

But the blog has never been my focus. For a long time it’s been the pictures. All 14,000 of them covering some 600-plus cemeteries primarily in the Oregon Territory. Taking those pictures has been an extensive education. They are posted in Flickr at “http://www.flickr.com/photos/deadmantalking/.” That’s where the last several years have gone. I’ve been writing, as well, but nothing in print nor on line. Along the way, though, I’ve made many observations, and I look at cemeteries now much differently than I originally did. If you read my previous posts, you’ll get an idea of what I mean.

On the other hand, if the blog turns out to have readers and a dialog ensues, I promise greater diligence in the future.

To open our conversation I’d like to make some observations about what constitutes a “cemeterian.” Who are all these people hanging around the graveyard? We get lumped together over a common interest, but in some ways the threads are pretty thin.

Broadly put, cemeterians fall into two classes: those who are interested in cemeteries and those who are interested in who’s buried in them. As far as I can tell, the latter — historians and genealogists — far outweigh the former. Historians and genealogists, of course, can ply their trades without ever touching foot in a marble forest; yet even the most determined history sleuth finds the cemetery an inspiration for their investigation, not an objective. The cemetery may be a locus of their research, but it is not the focus.

The pure cemeterian, on the other hand, is more like the student of architecture, who is less concerned with the inhabitants of a house than with its design and function. What little study is done of cemeteries, per se, is usually the province of academe; and within that, most is done by geographers, folklorists, and architects/landscape architects. Most of that is either design oriented (architects) or anecdotal (folklorists) with the geographers holding a sketchy middle ground. Very little has been done in the way of organizing the entire database. There is no effective means of obtaining an overview of the cemeteries of any region, much less the country. Cemeterians, it turns out, aren’t very good counters. It’s hard to know exactly how many of what kind of cemeteries there are out there, not to mention where they are. Which is why even the best of cemetery research is fragmentary and lacks a cohesive setting.

Which is why, after a couple years researching cemeteries for a guide to the same in my region, I expanded my focus to concentrate on collecting images of grave monuments and ephemera, with an emphasis on personalization. It had become obvious that this was an enormous subject of which the scope had yet to be determined. The first thing needed, I reckoned, was knowing how big the playing field was. Someone had to go out and find out how many cemeteries there really were out there — not just burial sites, how big were they, and how were they being used. Without that, all research was anecdotal. Until one knew the size and breadth of the subject, one could have no idea if the data one had was common or unusual. Even the industry, both the burial and regulatory industries, have no hold on how many, what kind, and even location of all the cemeteries. Simply trying to acquire, much less organize, that data is a considerable task, which, surely, is part of the reason few people have attempted it.

Which is no excuse, but rather a reason. There is a difference. Nonetheless, it’s time that database be organized, and that’s what I do. For my little chunk of the world, anyway. I organize it. I go and find out what’s really there, take pictures, and upload them to the Net. And then I push them around in my head and try to make sense of what I’ve got. Sometimes I count things to see how patterns break down. Sometimes I write about the things I count and the things I shoot. I try and make sense of what I see. I try and connect what I see with the people who use the cemetery. I try and see what they see when they come to the cemetery. I look for hints on how they use the cemetery and what it means to them. I look, not for individual stories, but for community. What is the eschatology of the cemetery community? How does this place fit into their lives? 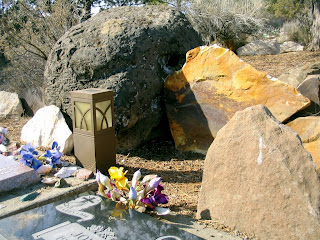 If you read previous posts here, you’ll find reference to a piece I was putting together on Native American graveyards, a project which has come to an abrupt and unfortunate halt; perhaps I’ll write about that later. My current work is a photo essay concerning cemeteries and a sense of place; how in a cemetery place can be referenced by monument design, gravesite ephemera, epitaphs, and setting. It’s my common theme.

In any event, I won’t lead you to Uncle Joe’s grave, though I might lead you to Spokane Jim’s. The dead in a cemetery don’t excite me much, but I find the living fascinating. People like you. I’m just a lonesome, little, amateur geographer taking the pulse of the cemeteries of the Oregon Territory at the turn of the 21st century. I’m glad to be aboard. 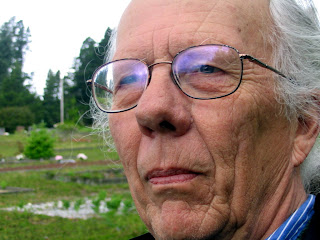 Welcome to the Association of Graveyard Rabbits! I'm looking forward to reading your work about graveyards in and around the Oregon Territory.

The Association of Graveyard Rabbits is about three months old and has 74 dedicated blogs/websites in the membership all writing about graveyards. I do think that an "old cemetery dog" and all us graveyard rabbits are gonna get along just fine!

I am happy to add you and your blog to the membership.

I have to say that your blog is some of the finest writing and photography I have seen around. I actually read through all of your posts - I couldn't stop, they are that good!

Welcome to the group, I can't wait to read your next article

ps - add the "follow" widget to your blog to make it easier for people to follow your blog.