Department of Correction and Amplification 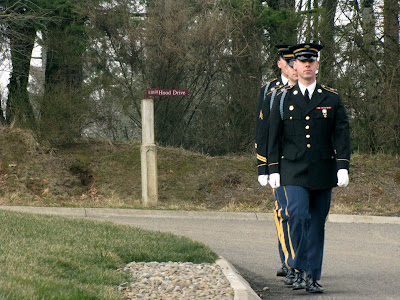 Lest I lead you astray, forget everything I’ve said about Willamette National Cemetery. It’s still there, but the ephemera behind the berm have been removed. It’s as sterile as a DI’s… well, you get the picture.

It’s evident that the folks at the VA don’t read this blog (ho-ho) or they might have thought twice about removing the ephemera. Then again, being military bureaucrats, probably not. The US is known the world over for its military cemeteries, for their dignity and often dramatic landscaping; but warm, homey places they’re not. In the end, the Army’s going to bury you in a barrack, too. 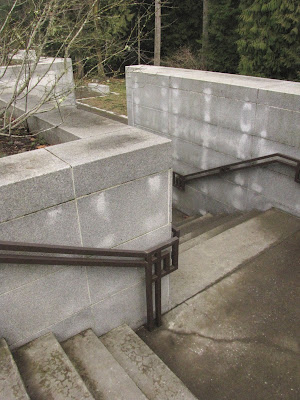 Which isn’t to say I don’t like VA cemeteries, I do; but there’s something forlorn about a person standing in the middle of a barren field, head bowed, quietly staring at a patch of concrete at their feet. Makes you long for an inflatable teddy bear, after all. Maybe a plastic whirligig.

In any event, if you’re looking for the equivalent of the Vietnam Wall up behind the berm, like I promised, you’re going to be disappointed. It’s too bad. I’d written to the local press about the ephemera, but no one ever went up and looked. There was no Maya Linn, no big bucks. Just relatives of the deceased. People. You, me. People. Nothing special to write about. 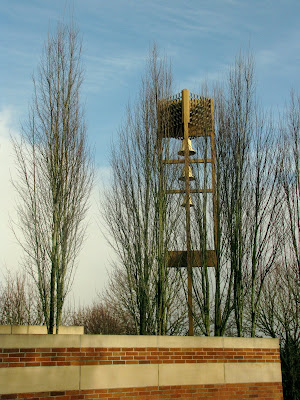