Grass Valley IOOF
You’ve never heard of “dairy lunches”; I can pretty much guarantee that. I know that because several years back I was researching dairy lunches and no one had ever heard of them, not even people in the trade. Well, eventually I ran across someone who did know about them, but it was a long haul.

I only knew about them because I’d been researching the history of ethnic restaurants in my town (Portland, OR) by digging through old phone books, looking for restaurants with ethnic names, and ran across a period of time—1920s-1940s—when nearly a quarter of the restaurants in town had the words “dairy lunch” in their name.

Naturally, I started asking around.

—Anybody know what a dairy lunch was?

Turns out they were the food fad of their day. Eat clean, eat dairy and you’ll avoid, if not cure, all ills. Being a Wisconsin boy, I can attest to the efficacy of that advice. Too bad we don’t still follow it; I can’t think of anything that a slice of lemon meringue pie doesn’t help.

I mention all this, not because there’s any connection between dairy lunches and cemeteries—the advice to eat clean and eat dairy was not deadly—but rather to demonstrate how quickly major institutions in American life can fade away leaving only wisps of memory like swirls of fog at the end of the pier. I wrote my little piece on the role of dairy lunches in American life, it was read by a handful of people, and promptly forgotten again. Dairy lunches are still lost.

It’s not quite that bad for fraternal organizations, the Odd Fellows and the Masons are still out there, but none of us remembers what they used to mean to American life, how they dominated American society. We don’t remember it because we never knew it. We only know they have halls here and there in some towns, halls as often falling to the wrecking ball as not. If it wasn’t for the Shriners’ circus most American would know nothing of the Masons.

Yet there are telltale traces of the pervasive influence these fraternal organization (known in England as “friendly societies”), the Odd Fellows and the Masons in particular, had in American life scattered throughout the landscape: the cemeteries. As always, cemeteries are the archaeologist’s treasure trove, and in this case it’s the very names of the cemeteries that leave a memory of a time when fraternal organizations played a central role in our culture. Indeed, it was a time when people were trusting their eternity to their chosen fraternity, something previously reserved for the church. How and why this transformation occurred and why it as quickly disappeared are enduring mysteries. I’m sure there are volumes written about fraternal organizations, but they rarely get covered in high school civics. Their place in our history is largely forgotten and were it not for the halls and cemeteries, the knowledge of their very existence would soon vanish. 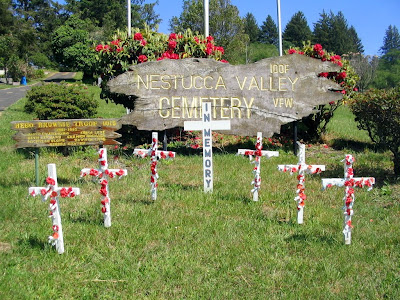 Nestucca Valley Cemetery
Both Masons and Odd Fellows are, as their names would suggest, evolutions of ancient trade guilds that spread from Europe to America with the European invasion and were going particularly strong at the time of the American Revolution. Free Masons were, arguably, of higher status than Odd Fellows, but in their prime the Odd Fellows easily outstripped the Masons, which is reflected in the number of cemeteries they provided. In my Oregon Territory database, Odd Fellow cemeteries outnumber Masonic cemeteries almost two to one (51/26).

(In days of yore, trades were divided up by rank, with masters being at the top. Independent tradesmen [they were invariably male] not under the direct tutelage of a master, i.e. neither apprentice nor journeyman, were referred to as “fellows.” Often in smaller towns there weren’t enough members of a given trade to form its own local guild, so these independent fellows would sometimes join together and form their own guild of mish-mash professions; hence Odd Fellows.)

Needless-to-say, trade unions of any stripe have often been looked on with a jaundiced eye by the powers that be, as, indeed, all associations of the populace evoke political suspicion. Guilds were formed to provide protection of their craft in the marketplace, both by setting standards and providing economic safeguards for its members. It’s in the latter duty that the Odd Fellows have shined in American life. By the nature of the Odd Fellows being a collection of people from diverse crafts, it could never have the role of setting professional standards, so that aspect of guild fellowship was never a burden to them and they could concentrate on fiscal protection for its members, which is reflected in their mission statement: “To visit the sick, relieve the distressed, bury the dead and educate the orphan.” It was their boast that “no Odd Fellow or Odd Fellow’s dependent ever becomes a public charge” (emphasis theirs).1 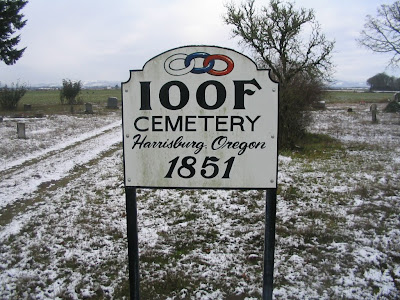 Harrisburg Masonic/IOOF Cemetery
For a while, at least, they took those responsibilities very seriously. By 1927 they were operating sixty-two “homes” across America and ten elsewhere. The homes were an inspired combination of caring for old, indigent members under the same roof with an orphanage, while using the accumulated wisdom and energy to operate a farm. It’s a model to which we could well return.

They did not, though, surround their homes with cemeteries. For that they selected other locations. Unfortunately, I’ve yet to find a history of their cemetery involvement. Their Web site doesn’t mention them. But their Web site doesn’t mention the old homes, either. Advancing social legislation, especially that of the New Deal, put the kibosh on the Odd Fellows communal philanthropy. It may have been better for the country, but not necessarily for the Odd Fellows.

A note of caution, if you’re thinking that the Odd Fellows seem eminently reasonable and that you might like to hitch your wagon to their train, that, though they pride themselves on being “non-sectarian,” it doesn’t mean you can believe whatever you’d like to believe. They believe their mission to be “founded on the inspired word of God as revealed to man in the Holy Bible,” and would like you to believe the same.

For the most part the IOOF (Independent Order of Odd Fellows) has given up the cemetery business. I have no idea when the last Odd Fellow cemetery was founded, but I’d vote for prior to mid-20th century. Some are still maintained by IOOF chapters, but the majority have long since been handed over to other authorities, often with a name change that disguises their origins. Likewise with the Masons. 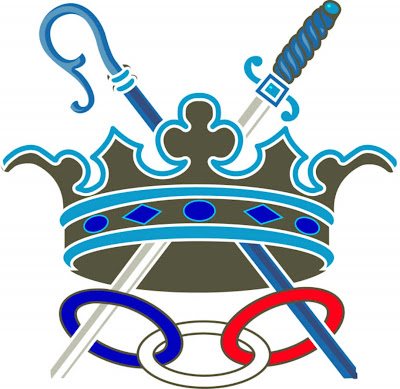 (For the record, the aforementioned database of 670 or so cemeteries has 55 with Catholic connections and 72 with ties to other Christian religions. The Jews have nine. Probably the bulk of the remaining were Donation Land Claim cemeteries created by the holder of the claim and subsequently taken over by a civic authority. A few were started by municipal authorities themselves, something that would be unheard of today.)

But the remnant memory in name or history of a cemetery with IOOF affiliation isn’t just a record of the importance of those institutions in American life, their locations mark, just as Jewish cemeteries do, places of previous prosperity. Many a disappearing community in Oregon that can no longer muster a gas station, much less a lodge hall, is marked with the existence of a whilom Odd Fellows cemetery. If the town was really important, it might have a Masonic cemetery, as well. In Fossil, for example—population 470—the Odd Fellow and Masonic cemeteries are themselves fossils as much as the bones that pop out of the ground. Their very presence testifies to the former glory of this rural wayside, a theme repeated over the entire state.

How this compares with the rest of the country, I have no idea. I know that IOOF and Masonic cemeteries blanket the nation, but what percentage of cemeteries were founded by fraternal orders is unknown. In the Oregon Territory it’s roughly 7.6%. The Masons come in at 3.9%. Nobody’s counting the rest of the country. In the end, the Odd Fellows weren’t so odd, after all. They simply disappeared. 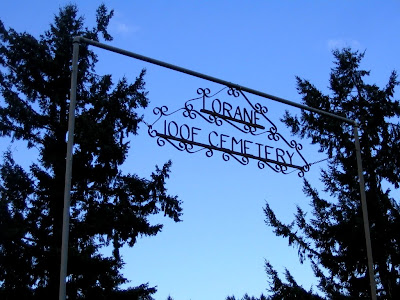 I love reading your articles. They're always so well written. I've become interested in the Masons myself and I have seen a few graves marked as IOOF but even here it seems there are very few cemeteries dedicated to either organization. I'd say I see probably 90% Masons when I see either organization in a cemetery...

Thanks, guys. Interesting, Deez, about the majority of Masonic stuff. That's the problem with localized research; I don't know what's common elsewhere.