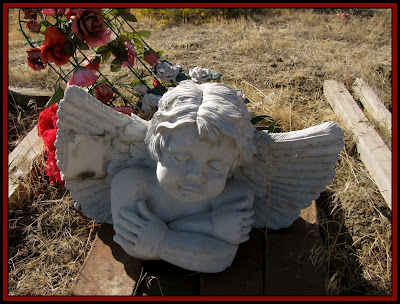 Antelope Cemetery (Wasco County)
I call them the Guardians of the River Styx, but really, they just guard the cemeteries. None of the interred speaks Egyptian; nor can they read hieroglyphics; and frankly, people with dogs’ heads scare them a little (not to mention lions with people’s heads). For the most part, they’re content to stay where they’re buried; and, though nothing bothers them much, they do like the companionship the “protectors” provide. Furthermore, because the guardians are awake during the day (naps excepted), they can transfer gossip and tidbits to the departed as they pass in the gloaming.

The guardians are also content to stay where they are, though they’ve been known to change locales now and again. Shannon Applegate in Among the Headstones mentions a doll that shifted from one grave to that of a newer arrival and implied that the living were responsible for the migration, but I’m not convinced. I’m not privy to what the doll saw, but I don’t think it’s beyond believing that it noticed that the new person might need some company. Dolls can be sensitive that way, and the guardians in general take it as their responsibility to provide orientation services to the newcomers. (If people were more aware of the stresses interment can have on the departed, perhaps they’d be more inclined to avoid lawn cemeteries that don’t allow for guardians to mitigate ones arrival; but that’s another subject.) Pioneer Masonic Cemetery (Grants Pass)
The stalwart troop of guardians offered here all come from recently visited cemeteries, but could be increased by hundreds with diligent research through the Dead Man Talking database. All in all, they are a typical, if sprightly, bunch. Guardians are by nature a friendly cohort and this group is no exception, save for the cat who maintains a feline aloofness and a certain prickliness. When any real defense of the graveyard is called for, she’s the one who’s called upon. 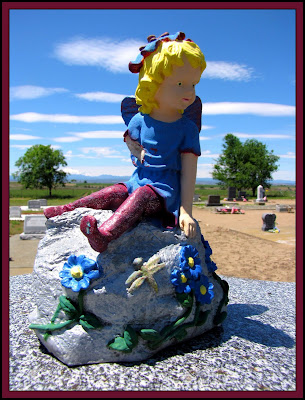 Milo Gard Cemetery
The blue cherub on the rock thinks she would have made a much better guardian had she been born a mermaid instead, but she’s come to accept being a flower child. 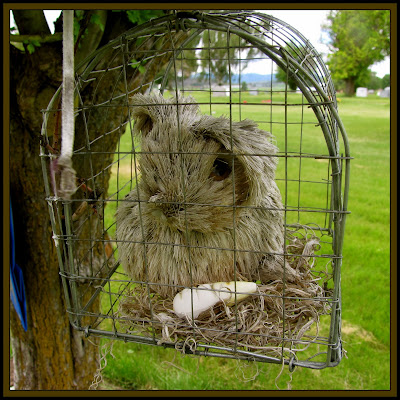 Bonanza Cemetery
The critter in the cage has no idea why he’s imprisoned there—he swears he did nothing—and thinks it’s for the birds. 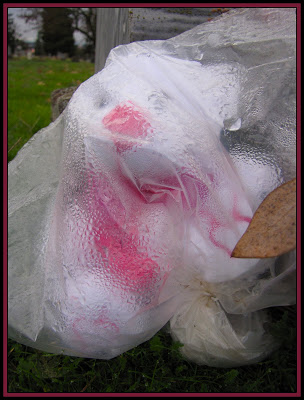 Pioneer Masonic Cemetery (Grants Pass)
The bear in the bag thinks he should be so lucky as the critter. At least the critter can see. 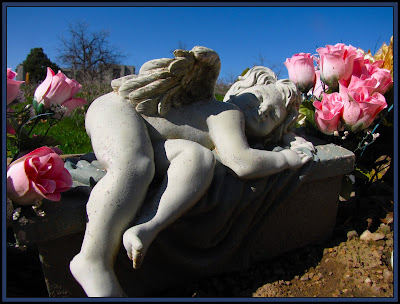 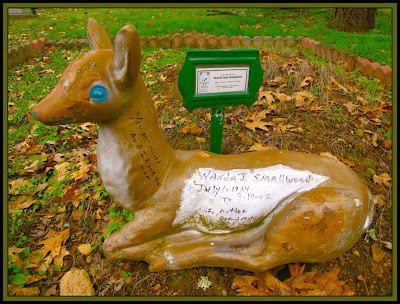 Odd Fellows Cemetery (Grants Pass)
And so the stories go. Each guardian has one. Or two. (Don’t think about asking the deer about his eye.) 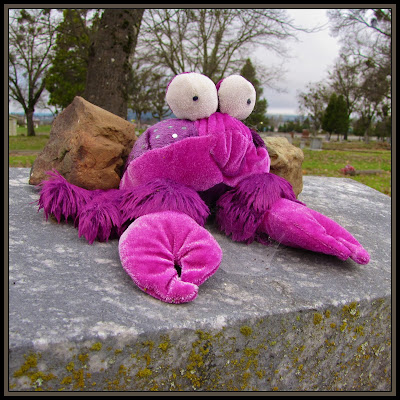 Pioneer Masonic Cemetery (Grants Pass)
I have no doubt that the spirits that inhabit a graveyard are ones that I put there. But spirits only exist in the mind of the believer, anyway, which is another way of saying that belief keeps them alive. If you or I think that Uncle Charlie’s spirit still hangs around the cemetery, and if we believe that’s the best place for us to get Uncle Charlie’s perspective on whatever, then Uncle Charlie is still there. Even if only you and I have any idea what that means. That’s enough for us. We can go home quieted and instructed; Uncle Charlie gives good advice.

The guardians, bless their hearts, watch over Charlie. 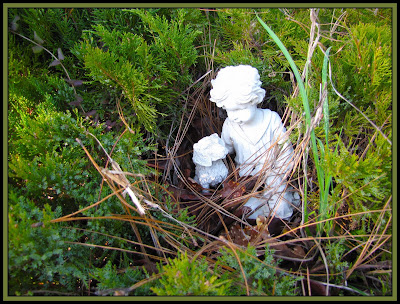 Deer Creek Cemetery
Notabene:
Not all of the cemeteries from which these images were taken have been uploaded to Flickr yet, though it shouldn't be too long. A couple of them, Logtown and Laurel in particular, are outstanding rural graveyards. You could easily blow a weekend on them. 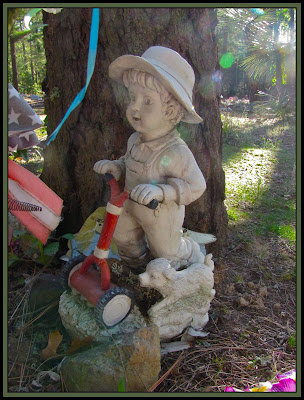 Logtown Cemetery
Posted by Unknown at 8:51 AM No comments: