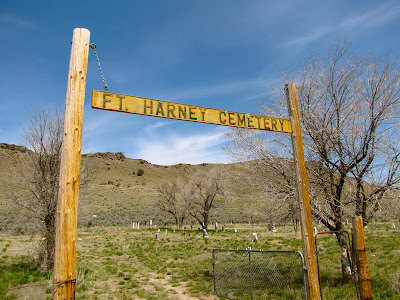 Fort Harney was a U.S. Army fort operated in Central Oregon for a few years in the late 19th century to protect the invading Americans from reprisals by the former inhabitants. If you look it up on the Internet, you’ll invariably find the sentence: “Today, nothing remains of Fort Harney except a small cemetery.” The cemetery does exist, but aside from the name, there’s nothing left of the original residents. If anyone rests here from the days of the fort, they’ve long since been lost to the high desert winds.

The people who lived here prior to the invasion were the Paiutes. Waging a campaign against them was akin to waging war on the beggars of Aumsville. The inhabitants of this vast basin and range country were as poor as their surroundings and they never stood a chance against the well equipped U.S. Army They are a tribe that may well have materially benefitted by the arrival of the Americans; although, granted, that’s no excuse. The place is still pretty much uninhabited. Nearby Burns, the largest community in the southeast quadrant, has slightly over 2500 people (and that’s after losing 13% of its inhabitants since 2000). Southeastern Oregon still technically qualifies as “the frontier,” as so few people live there; it never filled up like the rest of the West did.

All that being said and despite the fact that the fort disappeared well over a hundred years ago, the cemetery, small and minimally tended as it is, still attracts new interments. Not often, mind you, but now and again. In that it’s not unlike hundreds of other pioneer cemeteries in the Territory. Being an ex-Army fort cemetery, of course, gives it a certain cachet, but not enough, apparently, to draw many visitors. What makes it not just unusual but unique are a pair of new, above ground, granite sarcophagi side by each on matching granite slabs. These were not cheap! 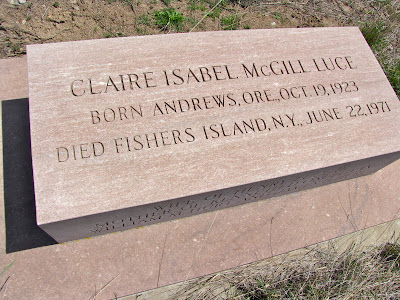 The one was primarily unadorned with only a name, Catherine Rogers, inscribed on the top and her dates on the side. The other, though, had writing on the top and three sides. The top gave her name, “Claire Isabel McGill Luce/ Born Andrews, Ore., Oct. 19, 1923/ Died Fishers Island, N.Y., June 22, 1971”; and on one side it said, “Wife of Henry Luce III/ Mother of Kenneth D. O‘Sullivan/ William M. Hurt and James H. Hurt”; while one end held the epitaph “The truth shall/ make you free.” Fair enough. The other side held a somewhat longer epitaph: “Don’t coddle me into the grave. I’m/ going to march into it. I’m a man,/ after all.” Without getting into why Ms McGill/Luce should refer to herself as a “man,” anyone with a little knowledge can see some intriguing questions pop up. Forget William Hurt for a moment and concentrate on Ms Luce. Indeed, Henry Luce ran the Time magazine empire and, indeed, he married a woman named Claire. But, and this is a big BUT, there was something wrong here. For one thing, I thought her name was spelled “Clare,” and that her middle name was “Booth,” right? Clare Booth Luce; she was famous, was ambassador to Italy, ate LSD early. So, where did these other names come from, “Claire Isabel McGill”?

I had to wait until I got home to ferret around on the Net and I found myself shaking my head for a couple days. Clearly I was missing some crucial elements. 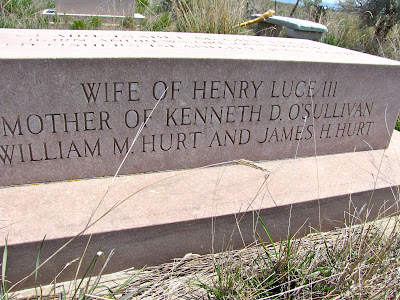 Turns out I was right but uninformed; I didn’t know the half of it. Turns out the Henry Luce I was thinking of, the one who founded Time and married Clare Booth, was Henry II. Being as unimaginative as his dad when it came to naming kids, he named his boy Henry III, and it was this Henry, chip off the old block, who went on to also steer Time and marry a Claire—almost, eh? This Claire, though, had a few—ahem—relationships prior to Henry, one of which produced the well-known actor.

As for Andrews, Ore., it doesn’t exist. At least not any longer. The last building burned in 1996.

Now, aren’t you glad you asked? 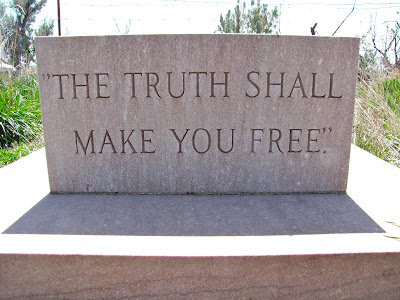 Posted by Unknown at 6:12 PM No comments: