Good-Bye, Peter, We Hardly Knew You 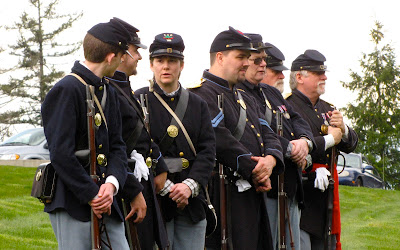 In all the eulogies, they fail to emphasize what a good shot Peter Knapp was. A Midwestern boy who grew up on farms and working on a flat boat on the Missouri, there’s no mention of his hunting prowess as a youth. Tell that to Willis Meadows, a Confederate sharpshooter who ran across Knapp, a Union soldier, in Vicksburg, Mississippi. Meadows was hiding behind a metal plate that had been pierced by a bullet. He was using that hole to observe enemy movements; and when he saw someone, he’d pop up and shoot the guy. Knapp took note of that, and when Meadows next peeked through the hole, Knapp drilled him in the eye. 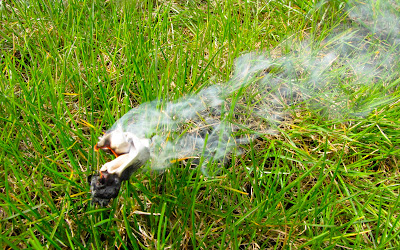 Originally left for dead, Meadows made it back to safety and was nursed back to health minus one eye, but plus one bullet which the doctors were unable to remove. Nearly sixty years later, in 1921, in a fit of coughing, the one-eyed Meadows spit the bullet out. That, naturally, made national news; and Knapp, reading the article, realized he was the fellow who’d shot Meadows, contacted him, and they became friends for the final years of their lives. 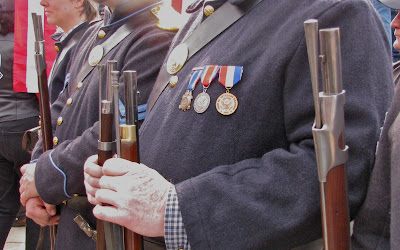 Knapp died in 1924 and Georgianna followed him in 1930. For whatever reason, their cremated remains were seasoned away in a storeroom in Portland, OR and left undisturbed until descendants came looking for them. They were simply looking for a long lost relative and were surprised at the dustup it caused. The AP reported: "‘It has definitely become a bigger thing than we could have ever imagined,’ said Ruth Knapp-Vallejos, 52, of Alameda, Calif., whose grandfather was Peter Knapp's nephew. ‘Usually our family funerals are very small affairs.’" 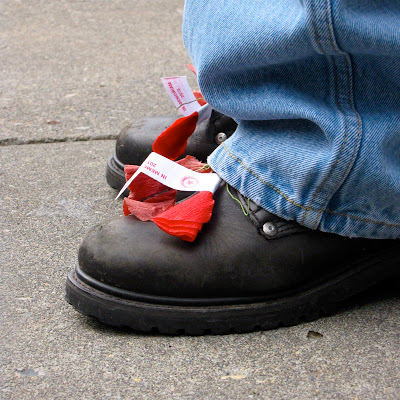 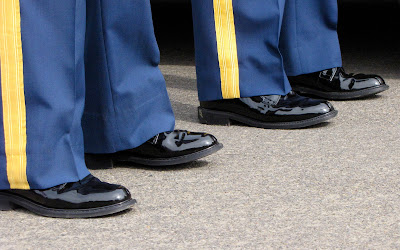 You have to hand it to the military: they know how to do funerals. Of course, they have a lot of practice. 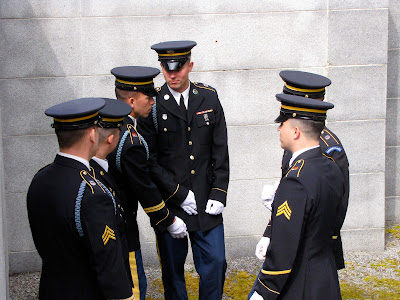 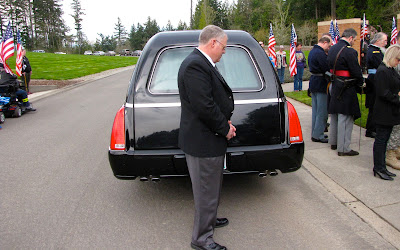 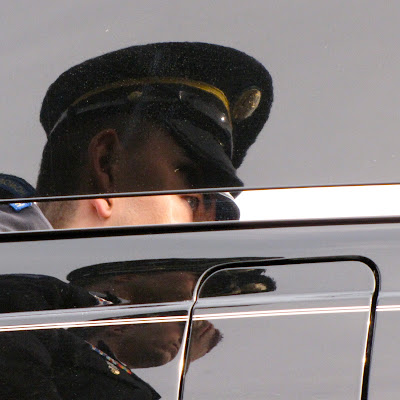 The Riders are different. They don’t come in tidy lines and period uniforms. They come in on Hogs, flying the colors of an outlaw biker gang. It’s a fuck-you patriotism covered by facial hair and bandanas. Riding chaps are a thinly disguised bond with the cowboy. 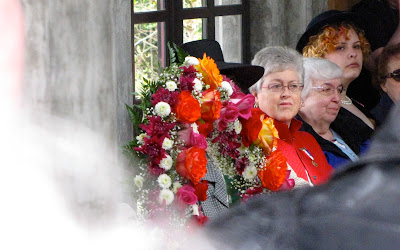 They’re older now. That hair is passing grey. They aren’t among the speechifiers. They’re silent. The cadenced rumble of their Harleys speaks on their behalf, like the snorting of horses with their hooves pounding the ground. They stand, staring ahead like ragtag Beefeater Guards holding flags. Impressive. Solemn. Stoic. 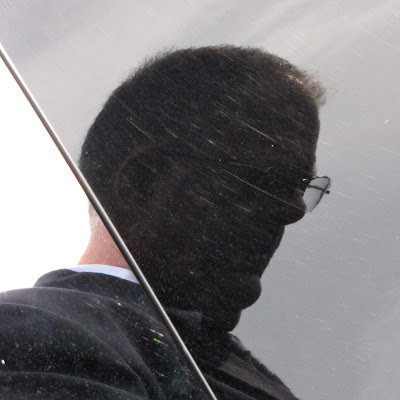 And as you stare back, you realize that one-by-one they are disappearing, slowly fading in the sunlight. Only their flag remains and a wisp of cloth stirring in the air. Maybe the reflection off a button, and they’re gone. Gone with Peter. Gone with Georgianna. It was their funeral, too. 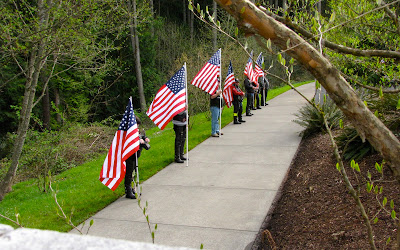 I spend way too much time scouring the Web. Mostly it's humbling to see what real photographers can do. These are all blatant thefts; I'm never going to pay anyone a dime. Furthermore, I don't know who took them. It doesn't matter. They're all wonderful photos and deserve to be seen. I'm doing them a service by providing more exposure. I've seen enough of my own photos stolen and exhibited elsewhere on the Net that I don't feel too much compunction of repeating the offense. Sue me. Take down my blog. Go ahead. I know big Italians.