A Thousand Words
Woodmen of the World: III 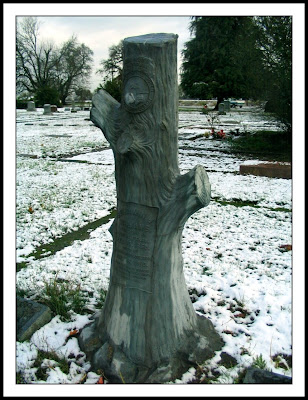 Alford Cemetery (Harrisburg, OR)
Hello to all my old and new friends;

I went digital in the summer of 2004. Going digital forced me to buy a new computer. When I updated my camera this year, I had to update my computer as well. This has not been a cheap avocation. I went digital when I embarked on an exploration of Oregon cemeteries. 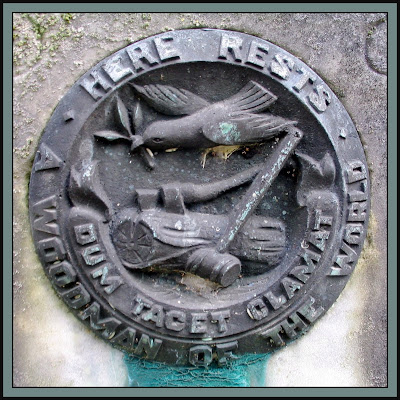 Lone Fir Cemetery (Portland, OR)
I began with the goal of finding and recording the essence of all functioning cemeteries in the state. I was by no means a photographer. In fact, it had been a number of years since I’d had a reasonably good 35 millimeter and was strictly a vacation tourist snap-shooter. What I was hoping to accomplish from the project was a guide to said cemeteries, accompanied by a few pictures from each. Or perhaps just a single photograph for minor cemeteries. I’d had by this point a fair amount of experience writing and had, probably, an unwarranted confidence in that; but I knew I was no shakes as a photographer, so that would take second fiddle in the guide to the written word. 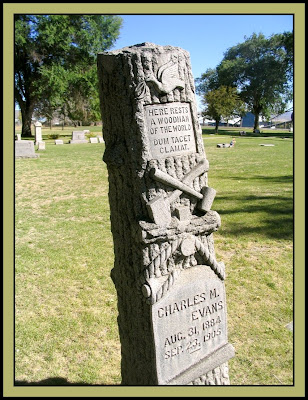 North Powder Cemetery
Consequently, when I went to upload my photos to Flickr, I only uploaded a few representative photos from each cemetery rather than everything I shot. But strange things happen over time. People said they liked some of my photos. People said they liked some photos that I hadn’t thought much about at all. I slowly began to realize that I shouldn’t edit out what I thought were uninteresting or repetitive photos, as other people often felt entirely differently about the same shot. Likewise I began to understand that, since there was no financial restriction on the number of photos I could post online versus publishing in a book, there was no real reason to restrict the uploaded photos to only those I thought worthy and that by doing so I was restricting the amount of information available about the cemeteries. Slowly I began to see I could do a guide online, and I could do so with all (or almost all; there is some editing) the photos I take.

Likewise and even more slowly I began paying attention to what makes a good photograph and what doesn’t. I began to cut down on cropping and tried to capture the proper composition at the camera rather than the computer. 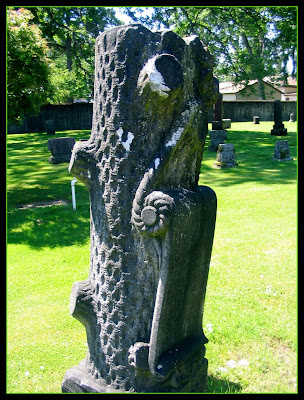 Tacoma Cemetery
More than anything, I learned by looking at your photographs. It’s no secret that I’m the bumbling idiot of photographers, so I’ve had nowhere to go but up; but all of my contacts have great vision, and a few of you are incredibly accomplished and I’m humbled every time I look at your stuff. I know I’m in the company of masters and I only hope some will rub off on me.

And, frankly, I think it has. I know that I’m no where near the master you folks are, but I feel that at least I can play the game now. I can warm your bench any time. So to speak. Or at least I think I can. I’ve never been accused of humility.

Although I’ve cut down on cropping and look towards better initial composition, I have increase editing time. I’m not so good with settings on the camera, but I’m getting to know my way around the editing tables, and they help, too, in making a crisp copy. 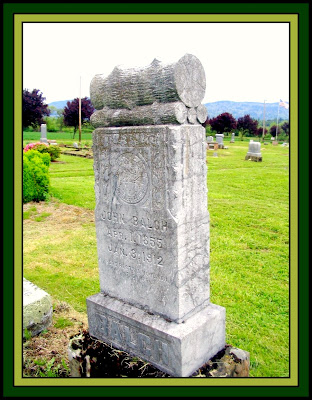 IOOF Cemetery (Coburg, OR)
And to the degree to which I’m no photographer, I’m no artist. I’ve had absolutely no training in either and I’m as creative as a blind lamp post, so I don’t try for “art” in my work. My goal is not to make you think, “My, what a gorgeous photograph,” but rather “My, what a gorgeous tombstone.” I’m successful if what I show you is stunning, but that you don’t notice the photography at all.

I think I do that better now than I did before. I believe practice, while not making perfect, does improve ones game. As a result, I take and post more pictures per cemetery than I did five years ago. Better pictures, too, I hope. But I’m aware that what this means is that I have to go back to those early visitations and shoot them again. Give them their full due. 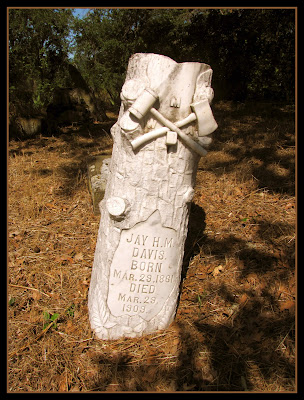 Central Point IOOF Cemetery
In the end, it was the photographs that shined through, and the writing ended up being supporting dribble. Not that I don’t feel I have something to say—you’re reading this blog, for God’s sake—but rather that the photos say so much more. And more succinctly. And the blog gives me a place to highlight particular ones.

My apologies; I dribble (I just said that).

Ah well, until it’s used up, I’ve got nothing but time. 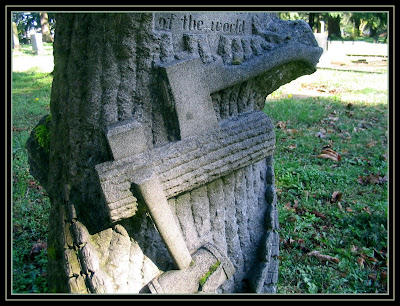 Pioneer Cemetery (Centralia, WA)
Photo Notes:
This is the last of three displays of Woodmen of the World photos, giving a feeling for, I hope, the wide diversity of what they produced. In the scheme of things, the Woodmen didn’t last long as a tombstone dispensary, but they left an indelible mark on the cemeteries of America. 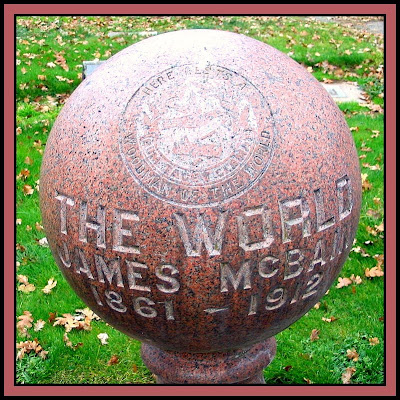 I'm very glad you started this project. I enjoy the many different graveyards you visit & the stones you record, and I think your writing is pretty interesting, too.

I'm also a very amateur photographer who has gotten better after sharing photos on Flickr. Who knew??

Thanks, crow. Practice does help.