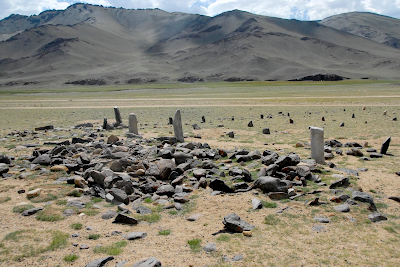 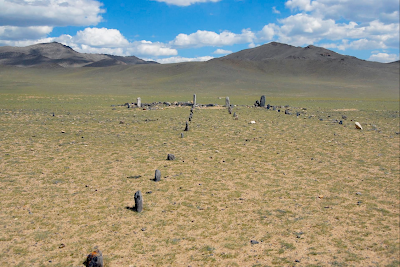 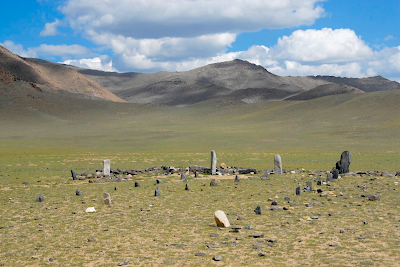 These photos are blatantly stolen from Google Maps. I don't know who took them; my thanks to whomever. They weren't labeled, but the sure looked like a cemetery to me.

The Altai Mountains lie at the juncture of Kazakhstan, Mongolia, China, and Russia. Rather than the Urals, the Altai mark the divide between Asia and Europe. It was here that the two cultures met; this is as far east as the Indo-Europeans went and here they mingled with Asians coming out of China.

Perhaps more importantly for the Americas, Native-American bloodlines point back to the Altai, as well. This cemetery dates from well post-emigration for those who left for America, but, symbolically, it's the world's cemetery, sans Africa.
Posted by Unknown at 8:56 AM