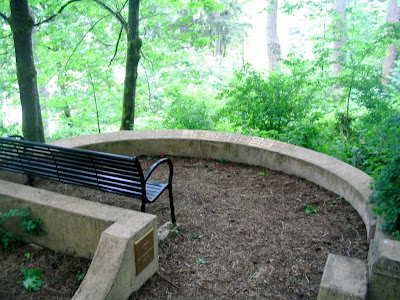 Eugene Masonic Cemetery
Some are born to greatness, others acquire it after long struggle, and others have it thrust upon them. People? No, cemeteries, of course.

I recently ran across a one-post blog (there are a lot of them out there) that said some tantalizing things about cemeteries and made a number of suggestions as to how to pump more life into them, which may seem a touch counterintuitive. My favorite suggestion was to stick a high class restaurant into the middle of them, although I’m not sure how that would work. You go talk to your local cemetery about it.

The author also suggested some things already being done in some cemeteries such as readings; small, historical drama presentations/reenactments; concerts; etc. All in all, practicality of some ideas aside, it was good to see someone thinking about how to restore cemeteries to their former glory. As anyone with a passing knowledge of cemetery history knows, cemeteries were the precursors to parks; and while parks have evolved to fulfill functions cemeteries couldn’t approach, it doesn’t mean that they have outlived their usefulness as parks. 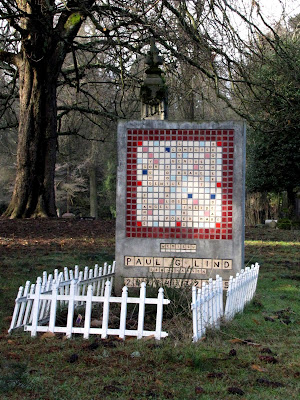 Lone Fir Cemetery
There are two cemeteries in the Dead Man Talking database that are heading back towards being parks. Indeed, they already are parks as much as they are cemeteries: Portland’s Lone Fir and the Eugene Masonic Cemetery. The Eugene cemetery is an exemplar of the rural cemetery movement and had a streetcar line delivering people to its doorstep, even though it was, like other “rural” cemeteries, out in what was then the countryside. That was being born to greatness. Unlike Portland’s River View, a rural cemetery which also was built for but has continually maintained its greatness, Eugene Masonic had a long period of decline and suffered serious vandal damage (and still does) before being consciously returned to greatness by taking a radical new approach as to how the cemetery is regarded and used. It’s all Eugene and all Oregon and it gets constant use by its neighbors. Lone Fir also gets constant use, though it approaches being a park in a more traditional manner. 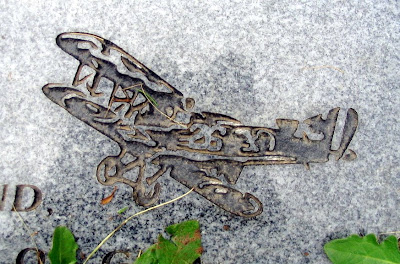 River View Cemetery
Eugene Masonic is notable at first glance for its shaggy appearance and at closer inspection for the minute detail with which the cemetery is cared for and presented. It looks shaggy because the site is mowed but twice a year and functions as a local wildlife habitat for both animal and plant species. Walking paths throughout the cemetery are kept mowed and are sprinkled with signs ecumenically pointing out significant local species or interesting interments; and to their credit, the interments signaled out for illumination are not necessarily those of city luminaries, but also include short bios of more representative citizenry. (Historical markers always tell as much about the erectors of the markers as the people or events they are commemorating.) They’ve also begun to allow green burials, have erected a charming viewing platform and scatter garden, restored an art deco mausoleum on the property, and a local Jewish organization has reserved part of the cemetery for their members’ use (a practice also found in two Portland pioneer cemeteries). Things are hopping there and neighbors love to come there with their children and dogs, which are kept on the paths and scrupulously cleaned up after (both kids and dogs).

Lone Fir, on the other hand, began life as a Donation Land Claim (DLC) cemetery; which simply means that the original owner of the land set aside part of his or her holdings to serve as a cemetery, one of the most common origins of Oregon Territory cemeteries. Lone Fir grew to greatness due to its location. It too was built in the countryside and soon swallowed by the city outside which it lay. It grew to greatness by having a rich and complex history, which is still evolving. Not designed as a “rural cemetery,” it nonetheless is a major city arboretum and that lone fir (which still stands) has been joined by an astounding variety of trees. It also contains some nice little niche areas, such as a firemen’s section, a heritage rose garden, a Gothic mausoleum, and an emerging Chinese memorial commemorating the Chinese who were disinterred from this cemetery and shipped back to China, providing, of course, that they were adult males. Chinese women and children were left behind. Lone Fir is also the repository for the lion’s share of the interesting monuments in the city; and this goes back to the early days, as it harbors by far the city’s largest collection of Woodmen of the World faux stumps. Yet the modern revival of individualized memorials is well represented here too, with striking new monuments. Not to mentions the proliferation of Russian tombstones with their fanciful scenes and babushkaed photos laser-etched onto black granite. They are ubiquitous. Along with their gardens. The Russians love to create miniature gardens on their cemetery plots, and all summer long you’ll see well dressed women hiking back and forth between water spigots and small garden plots. As a consequence, the once somber tones of the cemetery have been enlivened by countless color spots. It’s all good.

And as a consequence Lone Fir gets heavy use. Not only are the plots going fast (we bought two), but the place is always attended by people. All manner of folk drift though reading the stones or stopping by for a picnic lunch, weather permitting. Musicians can sometimes be found playing quietly in the marble forest, and many a reader has found a comfortable stone to rest their back upon. Drinking isn’t a problem; the grounds are much more likely to be used for smoking a joint. It’s still peaceful, after all.

But greatness in a cemetery is not necessarily defined by its use as a park. Most of the cemeteries in the database that I’d mark as “great” (and surely greatness, like beauty, is in the eye of the beholder), get little or no park use. Which may be too bad, but it’s true. 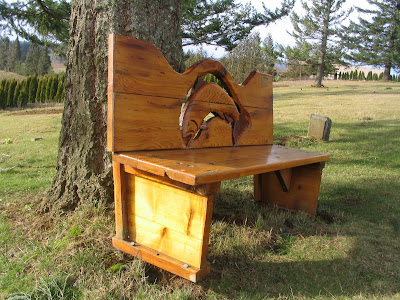 Mountain View Corbett Cemetery
“Great” has more to do with ambiance than size. Location helps. Mountain View Corbett Cemetery, the eastern most of Metro’s fourteen pioneer cemeteries, has such a close-up view of Mt. Hood and the surrounding agricultural fairyland that, if the wind’s not blowing, makes it a delightful place to be. For a tiny cemetery, it has more than its fair share of personalized monuments, another mark of a great cemetery. Taft Pioneer Cemetery with its majestic view of the Pacific Coast has also inspired above average memorializations. Pleasant Hill Cemetery, on the other hand, while having one of the best caches of personalizations in the state, is located smack alongside busy Hwy. 58 southeast of Eugene. I attribute its lively character to being close to Ken Kesey’s ancestral home. There’s still many a Merry Prankster hiding in the woods of Lane County. In any event, it proves one can have a splendid cemetery in a mediocre setting. 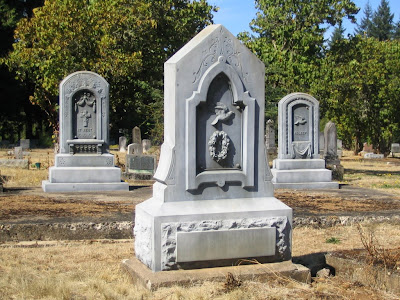 Pleasant Hill Cemetery
Genealogists and local historians might qualify “great” by who, how many, and what kind of records a cemetery possesses. Willamette National would qualify by many standards as a great cemetery, but other than nice lawns and beautiful committal chambers its really only “great” aspect is the personalized memorials hidden behind berms at committal shelter no. 3. Those moved me to tears. But I can see a genealogist going ga-ga over the records. Though I can’t understand how the Vietnam Wall can get such publicity, while the memorials behind the berm are ignored. Go to Dead Man Talking Flickr site and see for yourself. It only scratches the surface. 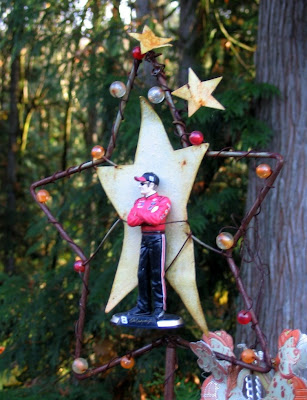 Willamette National
I qualify cemeteries by how I feel when I stroll around them. That’s how I began. Inveterate backroaders, cemeteries have long been a pleasurable stopping point for Kay and me while traversing the outback. A good place to check out a few stories, get a grip on community history, and see how the locals handle death. Always a fun trip. Approached that way, a cemetery has to stand on its own merits. The stories behind the tombstones will remain enigmas. The making up of ones own imaginary history is often good enough. In any event, who is buried in a cemetery is of little import for the casual visitor, and what constitutes “good” in a cemetery has to be apparent at first glance. Cemeteries are defined by the memorials they keep. 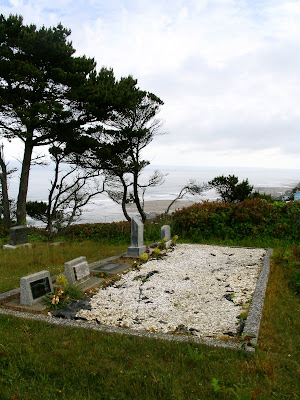 Taft Pioneer Cemetery
That’s my take, anyway. Thank God you have yours.

See you at the sepulcher.
Posted by Unknown at 10:17 AM

What amazing monuments you have photographed!

Thanks, Dorene. I'm pretty much a point and shoot guy, but I've taken a bunch by now and a few of them are bound to be OK.